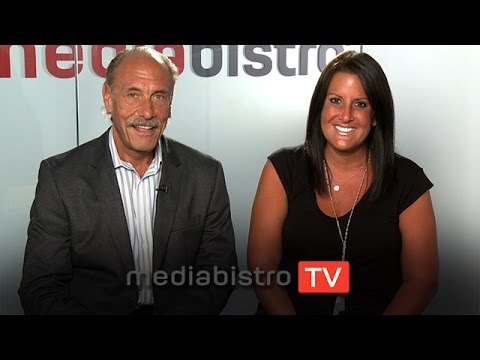 Mono, obviously, but great. That it is superbly recorded and makes a nice demo disc is a nice bonus I think that's a fair assessment. However, there are demo-quality discs of trad jazz that are genuinely exciting, such as Dr.

That's a CD that will put you smack in the middle of the club on a night when the whole band bumped Dixieland up a notch. Wes, your recommendation - New Year's Eve Live Neither had it listed.

Where did you get it? Okay Wes, now we're getting somewhere. I was hoping to see some nice recommendations of well recorded alternatives to the audiophile dreck like JATPS and I thank you very much.

I'm not at home this weekend but when I return I'll put up a couple of suggestions myself and we'll keep this discussion moving in the right direction.

I'd bet that you could find it at a lot of used stores for a much more reasonable price, however. My bad. I thought I was recommending something easily available.

Maybe when Jazzfan gets back home, he'll have some in-print demo-quality discs to share. I'll put on my thinking cap, too.

I've been playing the soundtrack to Calle 54 a lot recently. Well recorded, extremely dynamic, and best of all a great set of performances of Latin Jazz.

Here's what happened. I finally got around to looking over my jazz LP collection the other night with the express purpose of finding a couple of live jazz records to recommend in this thread.

I hadn't even made it pass the letter "C" when it dawned on me that I didn't want to play this game anymore. I had already passed over quite a few great live recordings, which while not "audiophile" quality, were certainly far superior from a jazz perspective to JATPS.

Interestingly, it had a label stuck to the jewel case that said "Springfield Public Library" on it The best analogy I can come up with with regard to these "audiophile" classics is: Jazz at the Pawnshop is to the pantheon of jazz as Amanda McBroom is to great female vocalists.

Both are beloved to us worshippers of the fetish of hi-fi sound, but are rather invisible to afficionados of the music.

Nat King Cole at the Sands is killer, but I may just be inflicting my own bias on y'all. It is available on a CD remaster, but the vinyl still sounds better.

Man oh man, someone finally comes to my rescue! I couldn't have and didn't said it better myself. You're not actually sitting in some Swedish jazz club but who cares.

Well, from the looks of the tumbleweeds tumbling across this thread, I guess we qualify as thread killers, Jazzfan!

When I hear the sound of dining utensil use on a disc, it makes me feel like the audience was either way too uninvolved, or the performance way too uninvolving to motivate people to enjoy the show without needing to simultaneously stuff their faces.

Anyway, Buddha, you're killing me. For that recording the cassette recorder was actually left right on the table while the recording was being made - one can't get any more "there" than that.

As for irrtating noises, I think we should be rating all of Keith Jarrett's recordings. First we have to come up with some sort of rating system, like most goatlike or best bowel movement or something and then assign each release a value based on how well the recording engineer captured Keith's grunts.

This could turn out to be fun. How about "most irritating people in the crowd on a forum! I'm glad to be of service, and in this case I feel I'm doing double duty, first by providing some entertainment and then by hopefully supplying some knowledge of jazz.

With that in mind I think I'll do what I stated in my last message and "move on" to a new discussion about live jazz recordings.

Hope to see you there. I hate to resurrect a dead thread well, okay, maybe not , but as a "noob" to this forum, I was reading through the thread and appreciated a lot of the comments regarding listening to music rather than equipment.

I'll be honest, I'd rather listen to great music on not so great equipment then crappy, unengaging music on audiophile state of the art.

While I've only just started listening to jazz, I've been into Hi-Fi since watching my dad who was, and still is, a huge jazz fan a Dynaco Pat-4 and ST in the late 60s.

Music has always been the thing, though moving up in equipment quality has helped me appreciate it all the more. Great sound, mediocre musicianship by musicians who sound just a little better than amatuers.

They play with a lot of "brio" despite not having great chops. Amanda McBroom one word "booooring". Try Buddy Rich Class of 78 on direct to disc.

Cool jazz, smooth jazz, old jazz,modern jazz,does any of it make any sense? Problem is, I never know where it starts, where is the middle, when will it end?

It's always sounding like they are tuning their instruments, and never getting it right! What am i doing wrong?

What am I missing? This is not a reply to Jahn but rather my personal opinion about jatps. It is a good recorded lp. Even the cd and xrcd sounds good.

The music is good too. Perhaps nothing to shout about but still,good! The reason most audiophiles don't want to hear about this record,is because a few years back,if you went in a hi-fi shop asking to listen to a systen,quess which was the only record they had!

You are a good one for baiting someone into a nice heated argument but I'm not falling for the nice shiny lure this time.

So with that in mind here's my simple primer for jazz listening. And you keep saying that you can't hear "strand jumping", I beg to differ. Ever listen to Cecil Taylor?

Best strand jumper in the business, bar none. In reply to the Waltz for Debby post previously, I agree, it's a wonderful performance!

But I'd still chalk it up as one of the most irritating as far as the crowd noise goes. It always freaks me out when I have the STAX Lambda Pros on my noggin and I turn my head when I hear folks chattering to my right - but it's just the waiters yammering on near the kitchen while Bill Evans is trying to do his thing.

I once owned a pair of Stax phones and experienced that same feeling with them. I was listening to a live something or other and the person sitting over my right shoulder was fighting a cough and sore throat.

It was so annoying that I kept wanting to turn around and ask her yes her! Sadly, not enough recordings are made that way. Most studio recordings are strictly between your left and right ear and straight through your head.

Music coming from inside my head has always felt kind of creepy to me. Perhaps that's why I gave those Stax phones to a buddie who needs headphones for late night listening.

I suppose its also the reason I've never bought another pair of headphones. I've been thinking this over and I have decided that I could live the rest of my life without hearing that disc and would not feel the least bit deprived.

Store-bought 'nilla made with faux vanilla beans and filled with guar gum is pretty much like eating a chilled sponge, but the real, home-cranked stuff made with Tahitian beans is like tasting a single malt whiskey after a lifetime of drinking Baker Street -- you suddenly ask yourself, "If this is vanilla, what have I beeen eating all these years?

Oh, maybe the store-bought stuff is what JATP is like, from a jazz perspective. But those glasses clinking sure do sound real. I've had some store bought 'nilla ice cream with some great tasting guar gum but I'm really not that thrilled by the taste of guar gum.

Likewise I'm not that thrilled by the sound of glasses clinking, no matter how real they sound. I pretty much stated my case in my first two or three salvos of this thread so I won't go on another rant here.

I do find it rather amusing that JATPS keeps on generating interest even after the thread has been inactive for quite some time.

Wes , well put. It reminds me of the surround modes of yamaha av amplifiers. Different characters come in there throughout the day all trying to pawn a different item and their stories all intersect and overlap.

One is a honeymooning couple where the groom Dillon finds his missing wife's wedding ring. Another is an Elvis impersonator Fraser doing a show at the local fair, looking for some extra cash.

The third is a white supremacist Haas wanting to sell a shotgun so he can afford gas to meet his two partners Walker and Rankin , who are planning to rob their meth supplier Reedus, who is unrecognizable in a mask the entire film.

All the tales of course take a very dark turn. The film is funny and very violent, it's also highly disturbing.

All of the actors are good and fittingly cast in their roles and Walker always seemed to do his best work in Kramer's movies. Wood is becoming one of the most creepy actors in Hollywood after playing a psycho in this and 'MANIAC', in the same year ; he's really starting to scare me!

Although it is very dark and twisted it's also highly entertaining and has a really strong Tarantinoesque feel to it. It's probably what most people expect coming from Wayne Kramer even though he didn't write it and it's sad that he and Walker won't be able to work together again.

Looking for something to watch? Choose an adventure below and discover your next favorite movie or TV show. Visit our What to Watch page.

Sign In. Keep track of everything you watch; tell your friends. Full Cast and Crew. Release Dates. Official Sites.

External Reviews. Metacritic Reviews. Photo Gallery. Morris, 55, was killed with a gunshot wound to the head.

Powell was not accused of being the shooter, but was convicted of first-degree murder for his role in the crime. He was also found guilty of three counts of second-degree robbery.

In his appeal, Powell claimed a confession he gave to Fremont police in June was not voluntary and should not have been used as evidence against him.

A three-judge panel of the state Court of Appeal unanimously rejected Powell's appeal in a decision issued on Monday. Justice Peter Siggins wrote that a video recording of the police interview "establishes beyond any doubt that Powell's confession was voluntary and that he did not invoke his right to remain silent.

Updated p. Several guns and some jewelry were stolen from the shop.